TOURISM WITHOUT TOURISTS. STROLL IN SOME COLONIES OF MADRID 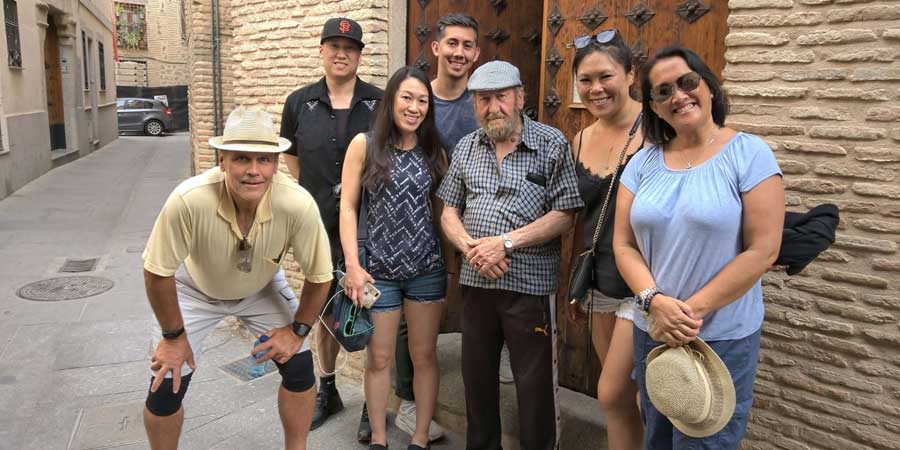 Yesterday, Tuesday 17 March, from this damn 2020, we have lost Don José Suárez Nava, Pepe, honorary mayor of Toledo’s Aljama. Admired and loved by all those who were lucky enough to know him.

Probably, many tourists spotted him as they walked through the crooked streets of the old Jewish quarter of Toledo. He would be seen by the groups of Japanese tourists who would stop by his gate to take pictures and then continue their walk without being told by their guides who was the eminent inhabitant who lived behind that aristocratic wooden gate.

From a distance, Pepe might appear to be a hermit from a Ribera painting transferred to our century. Like those representations of saints who scrutinize the Bible, sitting in front of a Cave, but the cave is not such.

In fact, as we approached to Pepe’s gate, it becomes his family mansion.

He inherited it when he labored as electrician in distant and uncharted South African mines: a small palace (well attested by its noble door) composed of three large floors with windows facing two different streets. However, the building’s height is not the most impressive feature. More amazing, is the building’s depth. More than twelve years ago, perhaps while repairing broken or cracked tiles, Pepe discovered the striking entrails of his parental residence: a labyrinth of caves and deep wells eager to display the silenced history of Roman Toledo and, later, its Jewish community. Their secret synagogues and corridors without walls began to take shape bringing alive the days when the Jew Torquemada was put in charge of the Holly Spanish Inquisition.

Twelve long years seem a short period of time to Pepe, who has been busy clearing the building’s walls, pounding steadily with his hammer, using his pick and shovel to unveil what lies underneath its floors and to remove tons of rubble.

A grueling job that even Hercules would have shied away from. But today, once the dust and smoke has been cleared, Pepe‘s all-embracing archaeological truth shines in all its splendor: solid arches, columns and wells carved 523 years ago by a civilization that clung fiercely to its ancestral customs while above, on the streets of this ancient city, renounced to them to ‘save its neck’.

Pepe‘s immense feat deserves to be told. It would be a story about the constancy, perseverance, commitment and faith. All virtues that are behind the heroic deeds of some humans.

We were lucky enough to meet Pepe and become his friends. The begin was a simple conversation, in front of his house. He invited us to come in and showed us the greatest effort of his life, his impressive Cave.

Actually, there was something else that impressed us about Pepe’s deeds.

We decided that our clients had to know the work of this humble and little-big man who was able, by himself (supported by his sister, a gentle lady of Toledo) to patiently drill the hard floor of his house to bring to light an archaeological jewel that should be part, as soon as possible, of the Toledo’s Historical Heritage.

Naturally, Pepe set himself up as the protagonist of our private tours around Toledo. Our clients got amazed by the history of his Cave, narrated by Pepe himself in his peculiar English, seasoned with good sense of humor and countless anecdotes. Most of them confessed, back in Madrid, that the highlight of the tour had been the unique experience of meeting Pepe and hearing from his own mouth the epic, though sadly silenced, story of his Cave.

At the entrance to Pepe’s house there are century-old tiles, which were rescued from his excavations. It up on the left side. There is also a heartfelt ceramic inscription paying homage to his parents.  On the right, the gate that Pepe used to open, so that our clients could visit his Cave. We could not imagine that entrance without Pepe’s presence. We fear that the bureaucratic obstacles that made imposible a public recognition of his work will persist. Actually, it doesn’t matter. In fact, Pepe’s greatness lies in the reality of his Cave. The story of Pepe’s Cave, his life and work, is an unchangeable and undeniable truth, at least for us, and we will continue telling it to all our future clients. 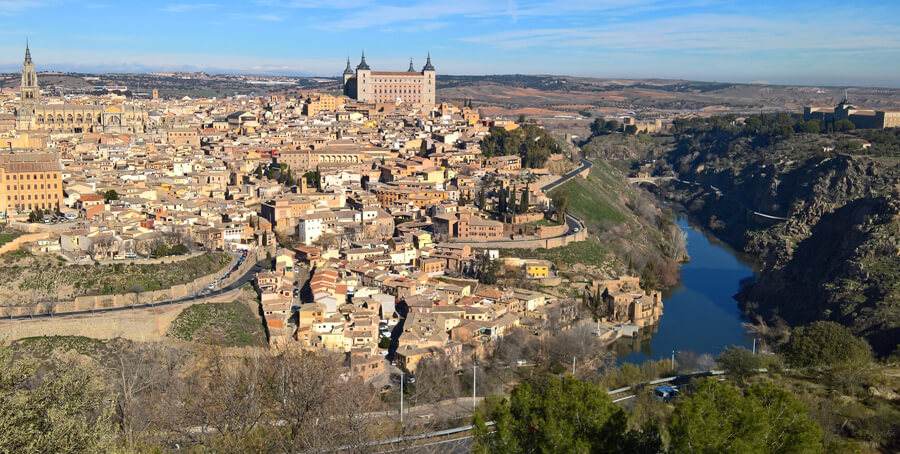 5 Best Tours Around Madrid That You Should Do